This is the test version of the page. It should be parallel to the public version at this page.
A History of the Oshawa Public Library
Main Menu → Previous Page → Next Page
McLaughlin Public Library
Pages
Oshawa Mechanics' InstituteA Carnegie LibraryThe Need for a New LibraryMcLaughlin Public LibraryBranching Out - North SimcoeOn the Road: Library bookmobileJess Hann BranchNorthview BranchLegends Centre Branch (now Delpark Homes Centre Branch)An Integral part of our Community
The Gift of R.S. McLaughlin – A New Library

The answer came on June 20, 1952 in the form of a letter written by Colonel Robert Samuel McLaughlin to the Oshawa Public Library Board whereby he offered the City of Oshawa the generous gift of a brand new library building. His only stipulation was that the building be attractive, spacious and well-equipped to provide the city with an aesthetically pleasing cultural centre.


The Oshawa Public Library Board responded to Colonel McLaughlin’s offer on July 24, 1952:


“At a recent meeting of the Oshawa Library Board, it was my privilege and honour to acquaint the members with your munificent offer to erect the greatly needed new home for the Library. The news of your generous offer to make it possible for us to do what we have so long dreamed of doing was an overwhelming experience for the Board.”


The McLaughlin Public Library was opened on December 6th, 1954, with Premier Leslie M. Frost officiating at the formal ceremony. The building was an immediate success. It was built at a cost of $450,000 and formed the third unit of a group of buildings erected in Oshawa’s then new civic square.


Inside, the vestibule included walls of Italian marble and a graceful circular staircase that spiraled down to the auditorium and children’s department. Above the staircase, in gold lettering inscribed in the green marble wall, was an inscription to our generous donor:


“This library completed in the year 1954 was the gift of Colonel R. Samuel McLaughlin LLD whose vision and interest in his fellow citizens created this means of access to the wisdom and culture of all ages” 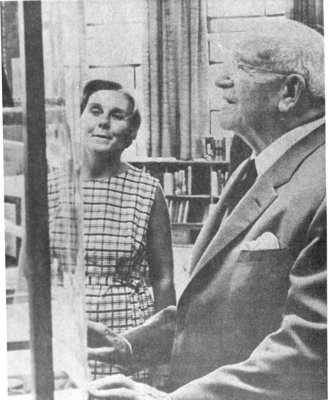 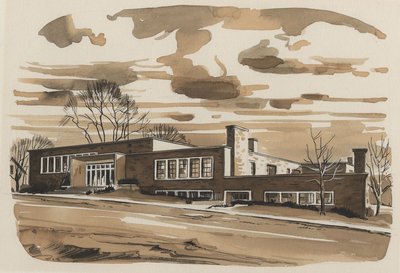 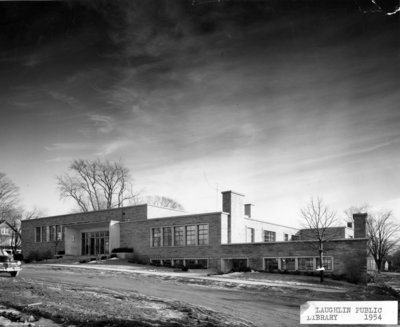 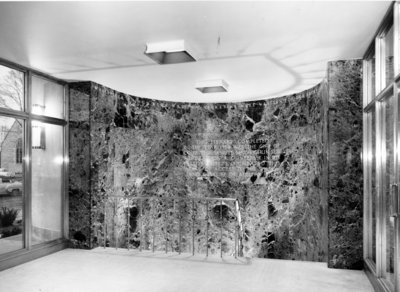 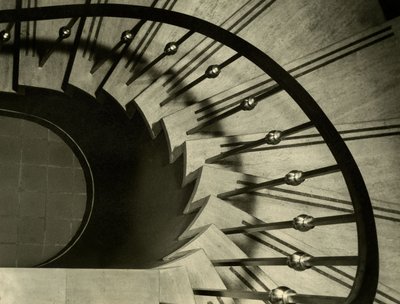 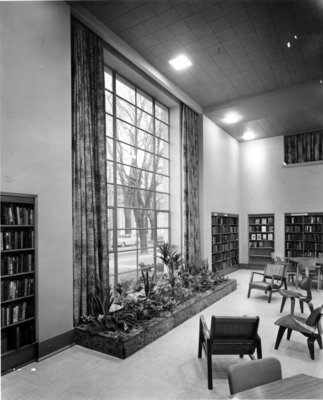 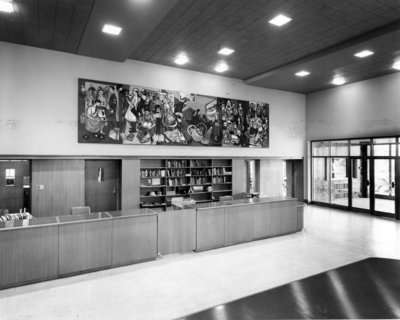 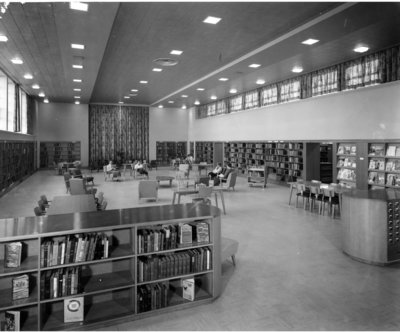 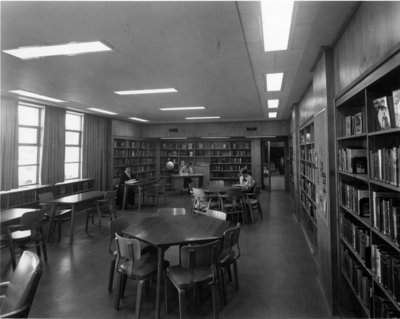 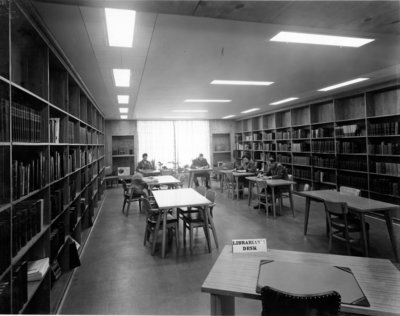 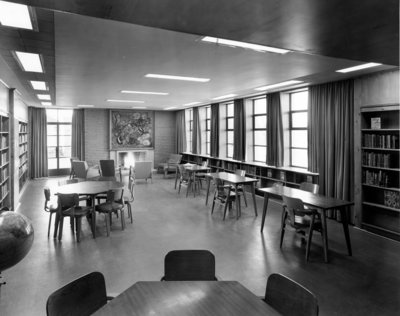 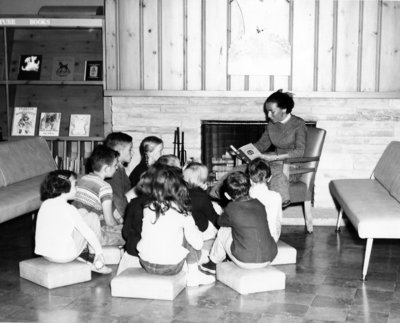 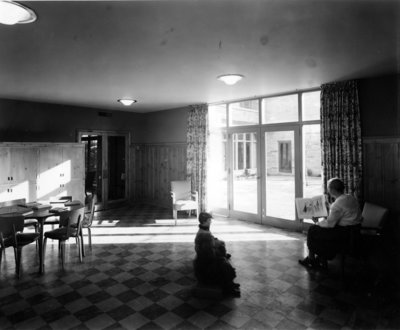 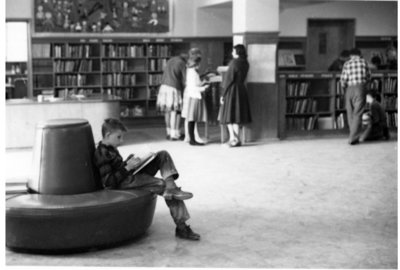 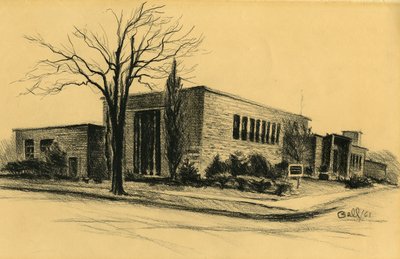 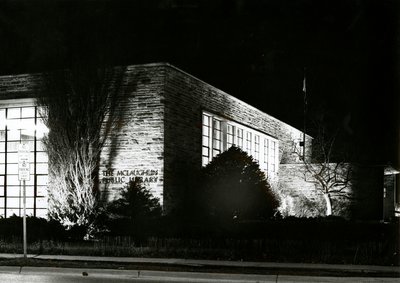