A native of London, Ontario, and former director of agricultural training in the United States Bureau of Education, at Washington, Chester D. Jarvis, Ph.D., died suddenly at his home, Kerman Avenue, Grimsby, on Thursday.

Following graduation from the Ontario Agricultural College, Guelph, in 1899, he took post graduate work at Cornell University where he received his Ph.D. He was then appointed professor of horticulture at the State Experiment Station, Storrs, Conn. In recognition of his research work in this position, he was later appointed as directory of agriculture extension service for the state of Connecticut.

In co-operation with the State Department of Education, he inaugurated a new system of agricultural training in rural schools. His plan proved so successful that, in 1915, Dr. Jarvis was appointed to direct the work in agricultural training in the United States Bureau of Education, at Washington. There, he conducted extensive surveys of educational courses throughout the United States with a view to eliminating overlapping of curricula in State institutions.

In 1921, Dr. Jarvis gave up professional work and returned to Canada to engage in fruit farming in the Grimsby district, where he took an active part in the affairs of Trinity United Church. 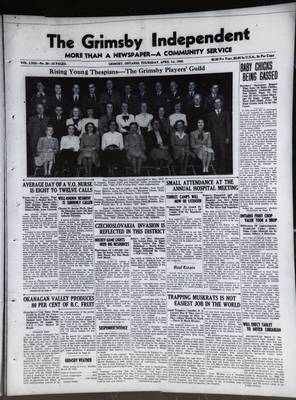