Information received in Grimsby on Sunday night was to the effect that a former Grimsby resident, Stanley Patterson of Wintergarden, Fla., had suffered a heart seizure on Saturday night and passed away.

As far as is known he was visiting with another old Grimsby boy, James Cloughley, at the time of the seizure, as it was Mr. Cloughley who telephoned the sad information to Grimsby.

Deceased was well known in this town and district. He was born in LeRoy, N.Y., but had come to Grimsby as a young lad to reside with his uncle and aunt, the late W.F. Whittaker and Mrs. Mary Whittaker, Elizabeth Street. He was educated in Grimsby schools and while of late years he had resided in various places in Canada and the United States he had been a frequent visitor to Grimsby. It is understood that the remains are being brought from Florida to LeRoy, N.Y., for interment. 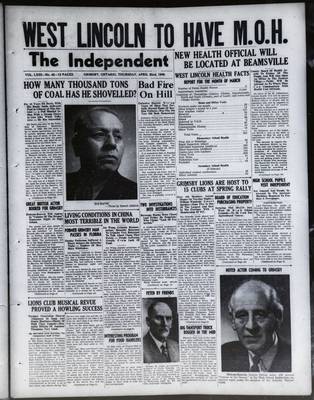