A former well known resident of Grimsby in the person of Harry M. VanDyke, passed away at his late residence in Sudbury on Friday, April 27th, at the age of 72 years. Although ill for the past four months, the ultimate cause of death was due to pneumonia. The deceased gentleman, who was born in Grimsby in the residence now occupied by E. L. Stonehouse on Mountain Street, was a son of the late George H. VanDyke, and for the last 25 years had made his home in Sudbury. He was a member of the United Church. Left to mourn his passing, besides his widow, are one son, Harry L. of Sudbury, two daughters, Mrs. H. Townsend, Sudbury, and Mrs. R. Hales, Sault. Ste. Marie, Ont., and one brother, Rome VanDyke of Grimsby. A funeral service was held from the Stonehouse Funeral Home on Saturday afternoon, at 4:30 o'clock, with Rev. R.B. Ferris, of Trinity United Church conducting the service. In full blossom beside the funeral home was a cherry tree which the late Mr. VanDyke had planted in 1880. Pallbearers were Mayor Edric Johnston and Messrs. Charles Farrell, William Schwab, E. Sullivan, James Wentworth and Norman VanDyke. Interment was made in Queen's Lawn Cemetery. 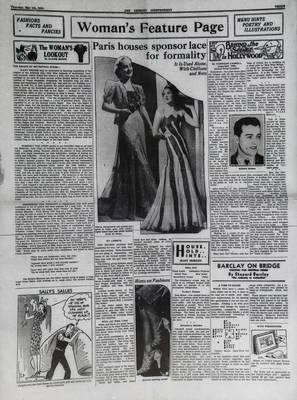