A former well known resident of Caistor Township and for the past two years a resident of North Grimsby, there passed away at her home, Cline's Road, on Wednesday, April 27th, after an illness of lengthy duration, Effie Millar, beloved wife of William Millar. Deceased lady was a daughter of the late John Jackson, for many years a prominent farmer and municipal official of Caistor Township. After her marriage she moved with her husband to Winnipeg where she resided for 30 years, moving from the West to Toronto where they resided for nine years, coming to North Grimsby two years ago. She was a member of Grimsby Baptist Church and Lincoln Loyalist Chapter I.O.D.E. Surviving her are her husband, one son, Frank, of Winona, one daughter, Mrs. Colburn Johnston of Winnipeg. Two brothers, T.J. Jackson, Calgary, Alta.; Dr. A.W. Jackson, Albion, N.Y.; two sisters, Mrs. A.D. Conn, Caistor Township and Miss Bertha Jackson, Niantic, Conn. The funeral will be held from her late home, Cline's Road, North Grimsby, on Saturday afternoon at 2 o'clock. Interment will be in Hamilton Cemetery. Rev. Harvey Merritt of Norwich, former pastor of Grimsby Baptist Church will conduct the services. 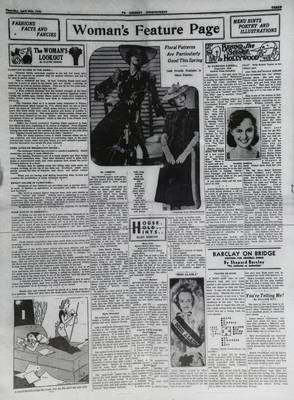